Who is a good candidate?

Rhinoplasty Miami is an advanced and intricate procedure involving functional and cosmetic changes to the nose. It needs to be performed deftly by a skilled surgeon to get the best results. If one is considering Rhinoplasty for themselves, it is best to keep these following guidelines in mind. These delve into the specifics of Rhinoplasty Miami so you can make an educated decision. Virtually any adult, male or female, could choose nose surgery to improve their appearance or breathing. The reasons for selecting rhinoplasty range from reduction of nose size or bump on the bridge, to building up nasal structure and tip definition. Patients should be physically stable and in good health before undergoing surgery. Likewise, they should be mentally healthy, with sound judgement and realistic expectations for the procedure outcomes. We will go over your expectations and what can be accomplished during your consultation. Teenagers may be considered for rhinoplasty depending on their stage of development and a detailed assessment with Dr. Kallman.

What techniques do you use?

The technique Dr. Kallman uses is “open” for 99% of his rhinoplasty patients. It allows for visibility and precision. The tiny columella scar created during rhinoplasty is extremely faint, and well hidden under the nose. It’s sometimes impossible to see after just a couple of months!

Patients are advised to apply ice packs and keep their head elevated once home. They avoid bending over or strenuous activity that could increase swelling. Patients report minimal discomfort and often don’t require the pain medication provided!

Pick a nose similar to yours and see what the possibilities are!
BOOK A VIRTUAL CONSULTATION
Get Started

Am I a good candidate for Rhinoplasty?

There can be several reasons why a person might want to consider Rhinoplasty. The most common will be if they are unhappy with the size or the shape of the nose. It is important to remember that the nose is the centerpiece of your face, but here at FaceMiami, we don’t anyone to notice your nose. It is supposed to be another piece in the symphony called “ Your Face”. Primarily it is changed to improve the aesthetics of your face. Other reasons can include problems that arose at a later stage, such as a flat bridge or hump that may have been due to a previous injury. The person would be an ideal candidate for Rhinoplasty if they fit the following categories:

If a patient believes that their nose is too large for their face or doesn’t compliment the face, they might want to consider the surgery. Rhinoplasty can correct the shape, so it suits the face better and compliments the rest of the facial features.

If a person believes that the nose’s general shape is suitable; however, the nostrils are too large, wide or long, Rhinoplasty can be the perfect solution. Many patients may choose to undergo surgery because they can be custom altered, so they are more in sync with your nose and not prominent. Misshapen nostrils can also cause breathing difficulties for patients. Thus, Rhinoplasty can correct the size of both the nostrils so the patient can breathe adequately.

Most people have inherited features, such as a crooked or droopy nose, a pinched or bulbous nose tip. These features can also be changed with a rhinoplasty procedure. The cartilage of the nose may be transformed to make their nose look more attractive and balanced compared with the entire face.

One might also consider this surgery if they have a bump or hump on the nose’s bridge. There are many different combinations of this, such as a bump caused by a bone, cartilage, or a combination. Thus, smoothing out the nose bridge can be accomplished and also help sort out the patients’ breathing difficulties.

Many custom rhinoplasty procedures can also be done based on the problem faced by the patient. A surgeons’ skill and his level of experience and expertise, will determine which techniques he uses, as he will choose the techniques best suited to your type of skin and your configuration of cartilage and bone.  If the bridge of the nose requires more volume or the nose is asymmetrical, a custom plan can be built to target the problem area. It will help improve the overall aesthetics of the nose. Rhinoplasty can also correct many other cosmetic issues concerning the nose.

What types of rhinoplasty does Dr. Kallman specialize in?

Because he specializes in rhinoplasty miami, Dr. Kallman sees 1st time rhinoplasty candidates, complex revision and reconstruction cases from around the world. It takes extensive experience and artistry to finesse a revision procedure. Your best rhinoplasty option is always the first, primary procedure, so be sure to select the right specialist. Dr. Kallman carries out every type of rhinoplasty in his Miami surgical center. The critical element which all cases share is a natural-looking, harmonious result. Each patient will have nose surgery individually crafted to suit their face and their desires. The aim is consistent no matter ethnicity: your rhinoplasty should never be apparent once healed, and never artificial or out of place on your face.

Contrary to popular belief, rhinoplasty surgery can serve many purposes. Although Rhinoplasty is used for cosmetic purposes, it can be a vital surgery to improve breathing difficulties, adjust inherited nose problems, and even correct the nose’s structure after an accident or injury. The types of Rhinoplasty fall into five broad categories:

This is the wider known type of surgery that involves altering the nose’s shape, size, and structure to make it more aesthetically pleasing. This will balance the nose with the rest of the facial features. Some procedures that are done with cosmetic surgery include smoothing out a hump or bump, shaping large nostrils and even adding volume to a flat nose bridge.

Functional Rhinoplasty is when the shape, size, or other nose features constrict the patient’s healthy breathing. In most cases, to improve breathing, the nose’s shape or size is altered, allowing for cosmetic benefits as well as, the benefits from functional surgery to be realized.  But often, functional surgery isn’t noticed on the outside.

Not all rhinoplasty procedures need to have a surgical approach. If the problem is minor, dermal fillers can be used to solve the problems. A minute depression in the nose, a subtle nose lift or smoothing out a small hump can sometimes be done easily, without an invasive surgery by going through the dermal filler approach.

There are times when an incorrect surgery was done, or the surgery was performed poorly. In those cases, corrective surgery or revisions may be needed. Some people also have their nose structures collapse within a few years of surgery. They might also feel that too little was corrected, or the results were not to their liking, which is why they may consider revision surgery.  Revision surgery should only be done by an expert in nasal surgery and always get a second opinion when seeking a revision.  Also if your first doctor is going to do a revision, go ahead and get another opinion just to be on the safe side.

What can you expect from a rhinoplasty consultation?

Dr. Kallman has always been ahead of trends in digital imaging for cosmetic surgery consultation. Now more than ever, in the wake of Covid-19, his advanced digital skills mean your virtual experience is just as informative, interactive and accurate as meeting in person!

If you choose to have your initial consultation online, we’ll walk you through the process step by step. That includes providing a video of photo instructions. Additionally, we’ll use Mirror digital morphing simulation to show you a variety of personalized rhinoplasty options.

Once you’re scheduled for surgery, we’ll arrange for you to visit with us safely and privately. At that time, you’ll receive professional photos, detailed procedure information and other preparatory paperwork. We require medical clearance, including bloodwork, to be completed before surgery as well.

FIRST WEEK AFTER YOUR RHINOPLASTY

The procedure is performed using a general anesthetic. Patients return home with a friend or family member the same day. They’ll be advised to apply a soft ice pack for 20-minute intervals, which keeps swelling to a minimum. Miranda, our patient care coordinator, checks in with patients before and after surgery, and we’re only a call away. Dr. Kallman also provides patients with his cell phone number, just in case.

We apply a custom-formed, waterproof cast over the nasal bridge which stays in place and protects the nose for the first week. Patients can shower regularly and even wear glasses over the cast.

AFTER THE FIRST WEEK

On day 6, patients visit the clinic to have 2 small sutures and the cast removed. Sutures inside the nose are dissolvable and gradually disintegrate or fall out on their own. It’s painless to remove the cast and sutures!

At 2 weeks, and usually sooner, patients are free to go out confidently in public with minimal swelling or bruising to give away their procedure. They can keep in touch with us at the clinic via email and phone, and we’ll be happy to answer any questions that arise.

By week 4-6, most people can return to the gym and play sports. We always err on the side of caution for individual cases to ensure results you’ll love for a lifetime.

We’ll schedule your second follow up appointment for 2 weeks after rhinoplasty. It’s up to you when you visit us in the future! Sometimes our patients are so busy loving life and their new look that we don’t see them for post-op photos until years down the road. 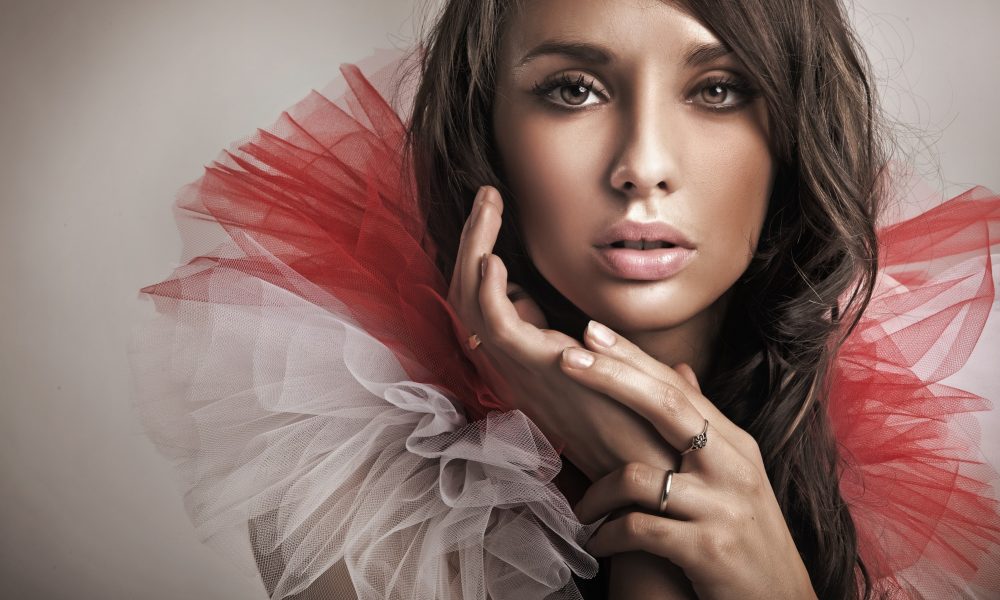 10 Tips To Speed Up Your Rhinoplasty Recovery 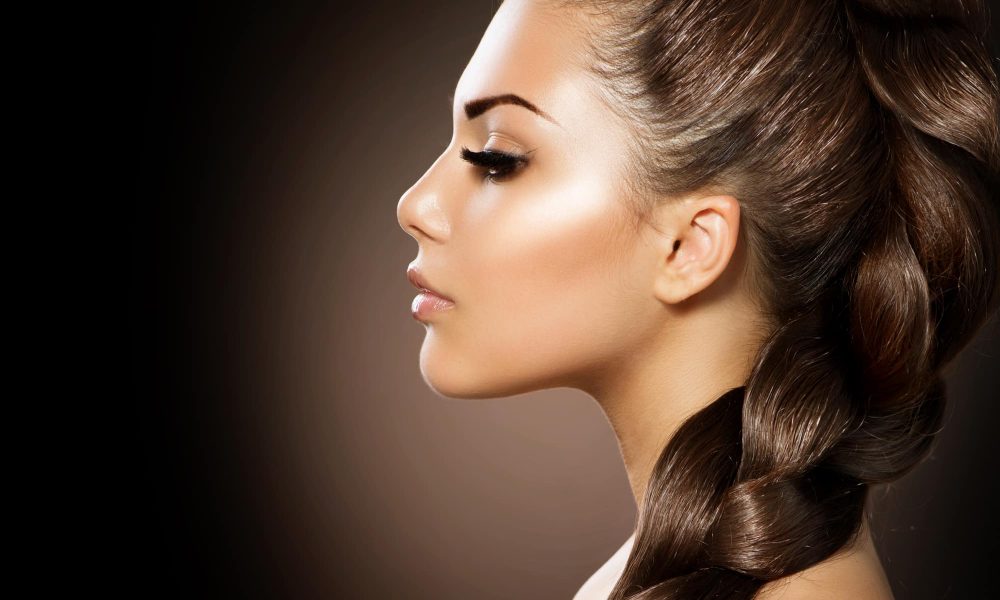 Open vs. Closed Rhinoplasty in Miami